Well peeps, today is now Monday morning which means it’s time to show off your Project CPR completions if you’ve participated during the weekend.

*Hip Hip Hooooray* for all of you project-completers out there!

Perhaps “fun” isn’t quite the right word for it.  I mean if you were like me, you set the project aside for a reason and it most likely was because it started to become “not fun.”  But in any case, didn’t you feel relieved that you got it done?  :)  I know I did!

I started knitting the Vashon back in Fall of 2011.  (Yes… it seems like ages ago.)  It was part of my fall wardrobe plan and I completed it around January, if my memory serves me correctly.  I blocked it and began seaming it together but I wasn’t liking how my seaming looked and I set it aside temporarily.  I don’t believe I intended to set it aside for long, but somehow here we are in December of 2012.  But now it’s all done and I don’t have to think about it any more.  *Phew* 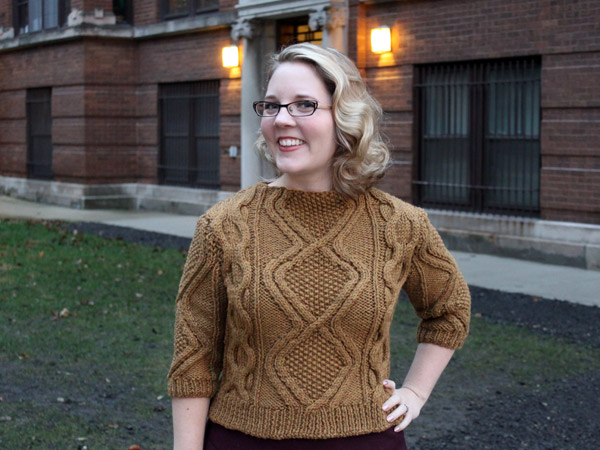 The seaming is much better this time around than when I started last year.  Last year I was using the mattress stitch to complete the seaming, but I took out what I had done previously and switched to the slip-stitch crochet method and it looks much nicer than before. 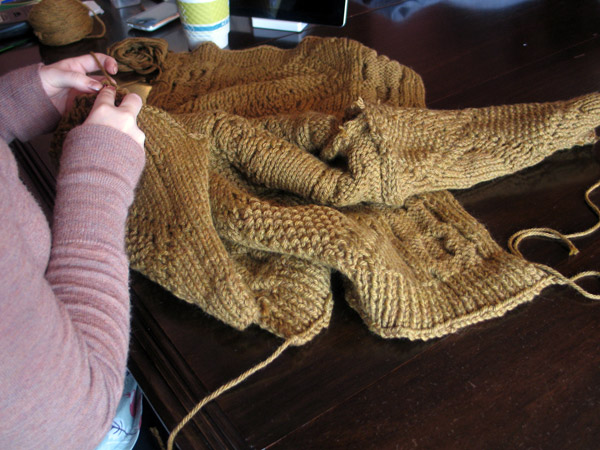 Just because I think it’s funny… this is the zoomed out image of me during my seaming session: 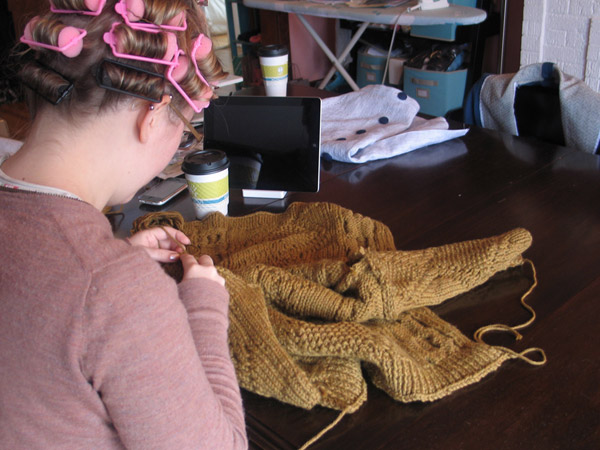 That’s right!  It’s me in curlers.  heh  I was setting my hair for a Christmas party later in the evening  (more on that later). 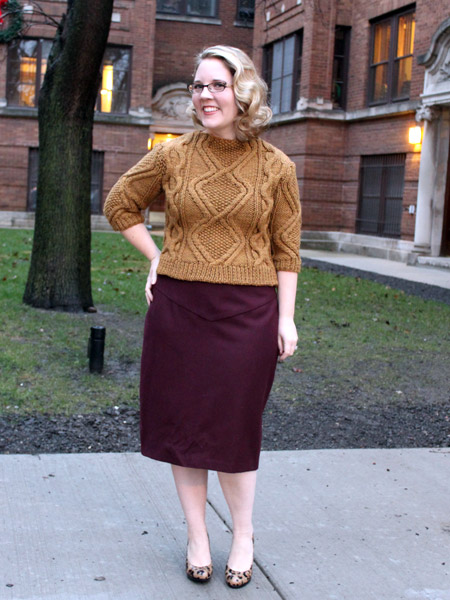 The fit is actually a bit off though.  ha!  All that work and it’s not 100%.  :)  The shoulders are actually a bit too wide-set for my frame so it has a slight dropped-shoulder look.  And there’s not as much negative ease in this sweater as I would have liked.  But really, it’s not too bad and it won’t stop me from wearing it out and about. 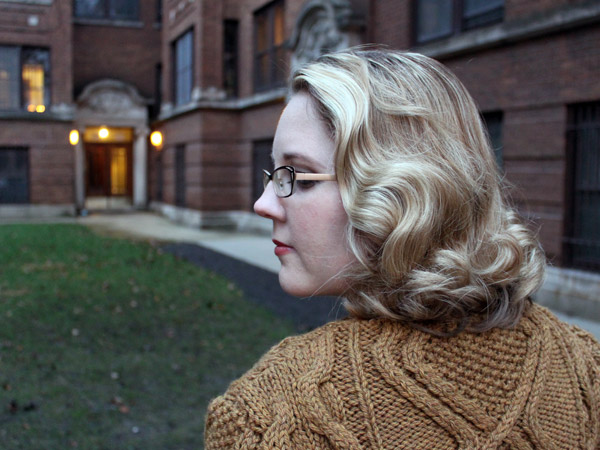 (This is my hair a full day after setting the curls & after sleeping on them all night long.)

I believe I’ve used twitter more this weekend than I ever have since I first created an account.  For me, it was the perfect venue for shouting out my progress in small snippets and to keep myself on task.

I, apparently, can’t gauge my sewing time very accurately.  Projects I think should only take an hour take me at least 2 hours.  heh  Felix has called me out on my bad time-estimations in the past (often) and this was one time were it became quite apparent to me.

I thought I could seam the Vashon sweater in 1 hour and I think it took me about 1.5 or 2 hours; it took from beginning to end of a White Christmas, is all I know.  After beginning the seaming, there was no way I was going to stop in one hour since I was so motivated to finish by then.

I was also very motivated to start in on a second Project CPR project, my plaid dress alterations the following day on Sunday.  I started around 1 or 2pm with picking the bodice from the skirt piece and making some alterations.  But again, 2 hours later I noticed that the sun was starting to go down and I was only about 1/2 way done with the dress.

I had to cut my losses at this point so that I could go throw on some makeup and my completed Vashon so that I could take some outdoor photos for you all.  (Indoor lighting doesn’t do the sweater any justice.)  Once I got back inside and settled, I felt like I needed to work on my fancy cruise dress (muslin #2) instead of continuing with my plaid dress.

So while I only was able to complete one project, I feel like I did a good job.  I completed one project, got started on the second, while still being able to continue my normal weekend routine.

Project CPR has me VERY conscious of the projects I’m currently working on.  I don’t want to continue my bad habits (of non-completion) and it’s pushed me to forge ahead so that items get worked on from start to finish, no matter how much I dislike doing a particular task. 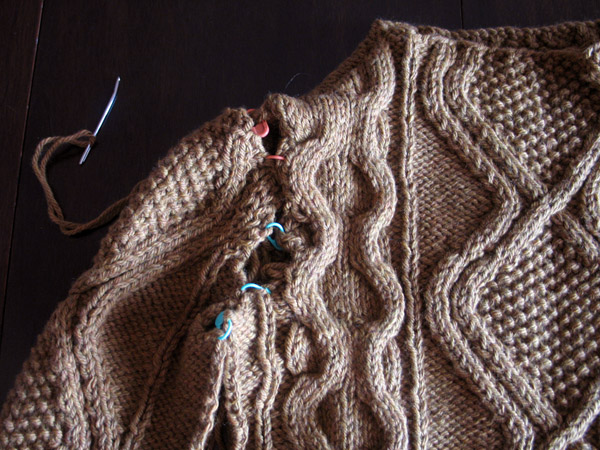 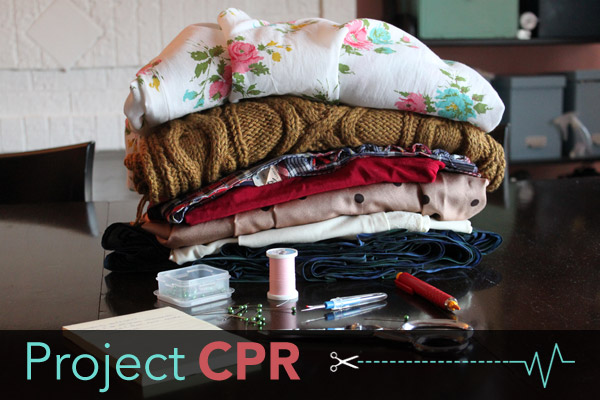