It’s been days! since I’ve sat down to my computer to check emails or blog.  I was stuck on the couch Thursday, Friday, and a bit on Saturday.  I felt mostly better by Saturday afternoon and I had a whole host of things I needed to catch up on and projects to finish for this week’s theme on Sew Weekly (Valentine’s Day).

I was in a rush Sunday to finish my Valentine’s Day dress by the time the light had gone, but as soon as 4pm rolled around and I wasn’t finished I gave up and slowed down.  Then somehow I find myself eating dinner at 8pm only to remember that Downton Abbey was on tv!  My husband witnessed me squeal and jump around in the kitchen due to the lucky timing. 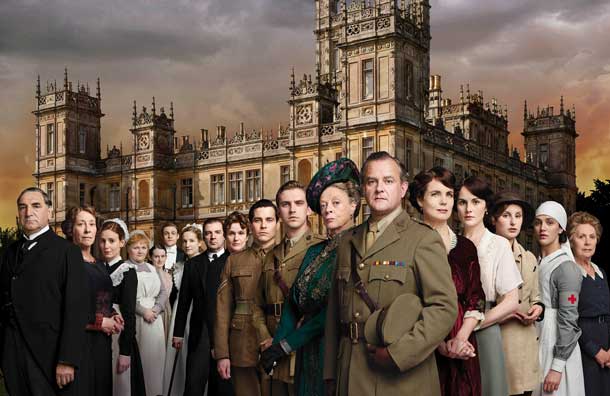 I don’t know how it happened, but I found myself glued to the television from 8-10pm; a two-hour Downton Marathon!  It was gripping, as always, but once it was over I found myself nowhere near completion on my Valentine’s Day dress nor did I finish my original blog post.

I would have liked to do so much more over the weekend, but it was slow going and then Downton Abbey just swooped in at the end and wrecked all my productive plans.  I wish I felt worse, but I love Downton Abbey!

Did any of you guys get sucked in also?  And at least I didn’t get sucked in watching my husband play video games, like last time.