Today’s post is all about my serger fuzz.  Exciting right?!

So I know I should know better by now, but I’ve never cleaned out the fuzz in my serger… like ever.  (We’re talking like 2 years here peeps!)

Before you start cringing and chiding me, I have taken a dust air gun thingy to it and blew out some fuzz from time to time.  But I recently read that doing so is a big “No No” as it pushes fuzz further into the machine.

After I kinda realized that I should be doing regular maintenance on my serger, like any other sewing machine, I still didn’t.  I was worried about what lay inside the serger and consequently avoided it.

About a month ago the fabulous Lauren of LLadybird posted up a wonderful post about sewing machine maintenance.  After reading, I decided to take change of my serger and clean it out.

I started taking out screws (noting where they came from so I could reassemble my machine) and started brushing it. 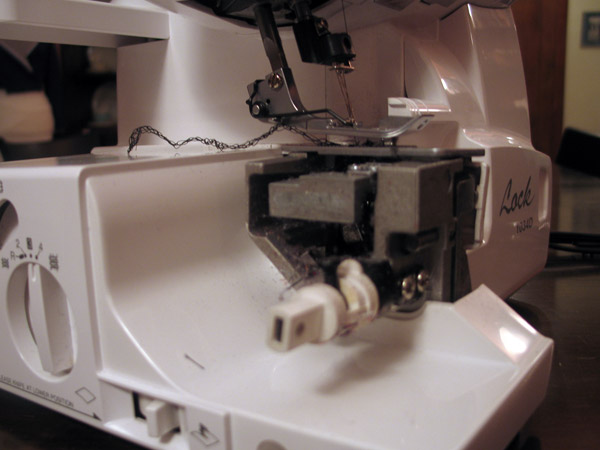 It doesn’t look too bad…

But here’s another angle. 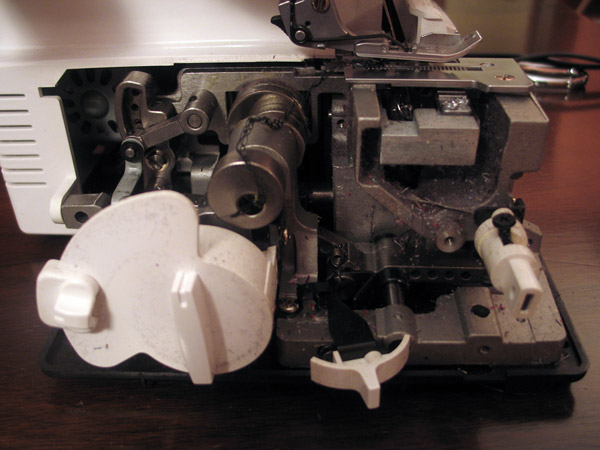 First I should say… I don’t remember the last time I’d even sewn with red fabric.  But see all of those red fabric bits?!  I have no idea what project they’re from!

Is this image blurry or is it just covered in that much fuzz?  I’ll leave it to you to decide. 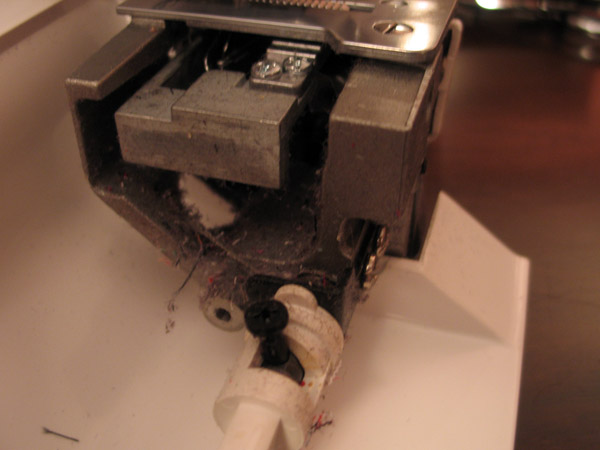 While you may be saying that doesn’t look terrible…  It really was.

After sucking up fuzz and threads with my vacuum, I took one of those firm little brushes to the machine and got brushing.

This is then what I got out of the serger: 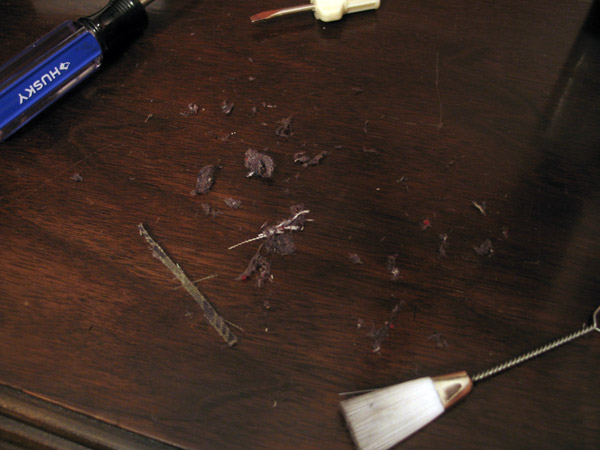 That big chunk of greenish fabric (lower left), that’s from this skirt… which I made last March.  Yikes!

I did many bouts of vacuuming, brushing, and air-dusting to the machine.  Once I was happy with the insides, I oiled it and put it all back together.  I even changed the needles on it.

So… while cleaning it was an adventure in what fuzz came from which project & how old does it date.  I now know better.  So being a good little seamstress, I went and dusted out my other regular sewing machine in hopes of building up some good karma.

All in all, I’m lucky my serger hasn’t broken or seized up from the abuse I’ve given it.  And really it’s a testament to how much I can throw at it without it breaking.  But that being said, I aim to clean out my serger a bit more regularly in the months to come since I’d hate to have it break on me as a result of silly neglect.

This begs the question… when’s the last time you guys have cleaned/oiled your own serger or sewing machine?