About a year ago, my mother gave my one of my grandmother’s old blouses from the 50’s.  It’s a sheer poly with white polka dots on it.  I’ve worn it once or twice, but it doesn’t get out much.  Even though it’s sheer it’s unbreathable since it’s made of polyester so I have a tendency to leave it in my closet.

Fast forward to last week, my Aunt Kathy was in town and I stopped over at my mom’s for a visit and to go to my cousin’s graduation party, as a group.  When we were leaving the house, she remembered she had something for me… 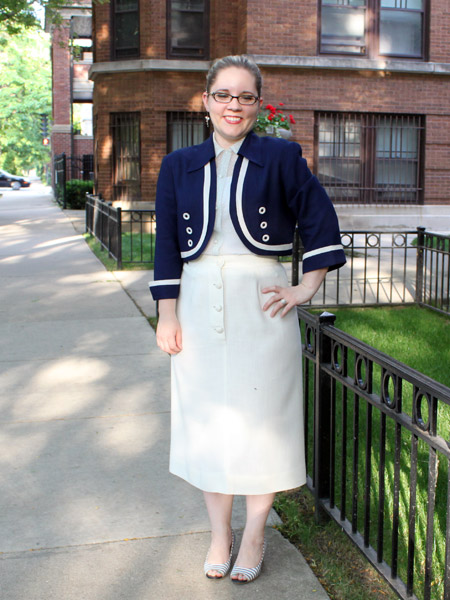 In a bag, she pulled out the cutest navy linen jacket that I had ever seen!  Be still my heart…  And with it she also had a cream linen skirt to go with it.  I put the jacket on straight away, on top of my clothes!  It was a perfect fit!  I had no idea my grandmother’s proportions (on the top half at least) were so similar to mine.

My Aunt Kathy told me this was my grandmother’s going away outfit for her honeymoon, back in May 29th, 1952.  It was a 3-piece suit but she only had the two pieces, and was missing the blouse. 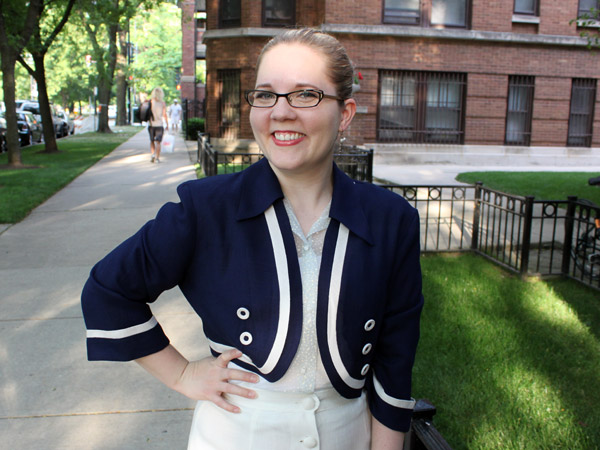 I was so giddy when I told her, I must already have the blouse!  She was astonished and was like “how did you get that?!”  I have no idea how the blouse got separated from its buddies, but I’m glad that I had the good sense to keep it, even though I hardly wear it.

My grandmother’s family didn’t have a lot of money, so she hardly had store bought clothes.  The jacket and the blouse were bought specifically for her honeymoon, so they’re extra special.  I’m not 100% certain, but I believe she made the skirt to match the jacket since I couldn’t find a tag inside (and there were pinked seams throughout.)

As you know, I generally don’t do outfit posts unless I’ve sewn it up prior to.  But this…. this little outfit needed it’s own mini photo shoot.  :) 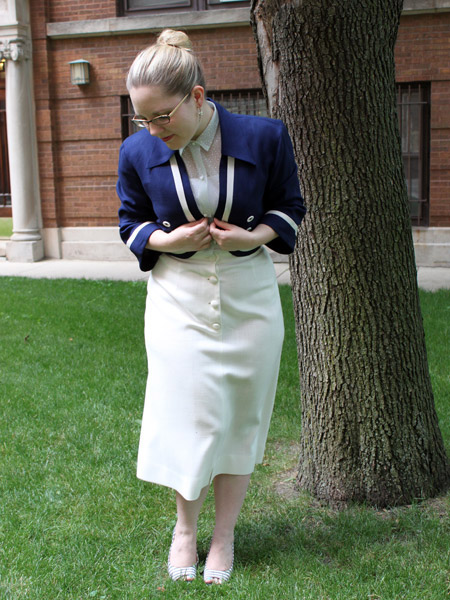 I paired the outfit with my little navy and white striped wedges.  They come in handy for all of my nautical themed outfits nowadays.  :)

The skirt is quite snug for every day wear, so I’m thinking I’ll have to make another coordinating skirt to wear with the jacket, for daily wear.  I’d love to make a matching navy linen instead of the cream linen, again with white linen details.  It would be perfect for my cruise in January. 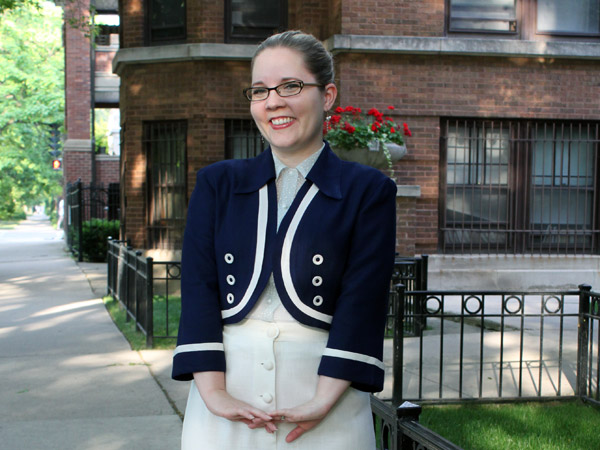 My favorite detail is the buttons!  They actually look like they’re handmade and not mass-produced.  The white portion is a matching linen and the navy centers is also matching blue linen from the jacket (instead of being washer-style buttons with holes in the middle). 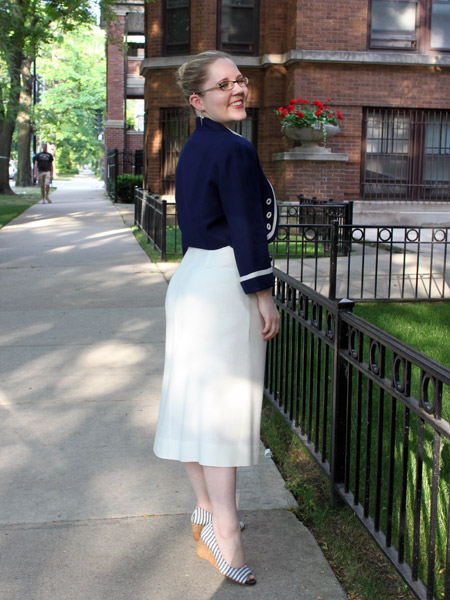 I’m now wondering if this nautical-love of mine stems beyond my mother and from my grandmother…. who knows maybe it’s just my Norwegian heritage shining through. 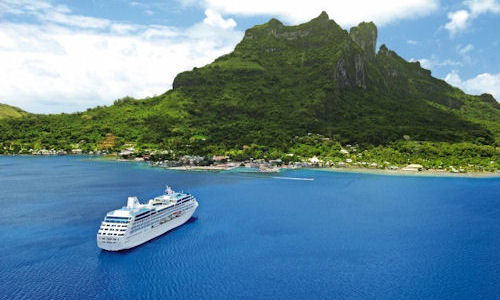 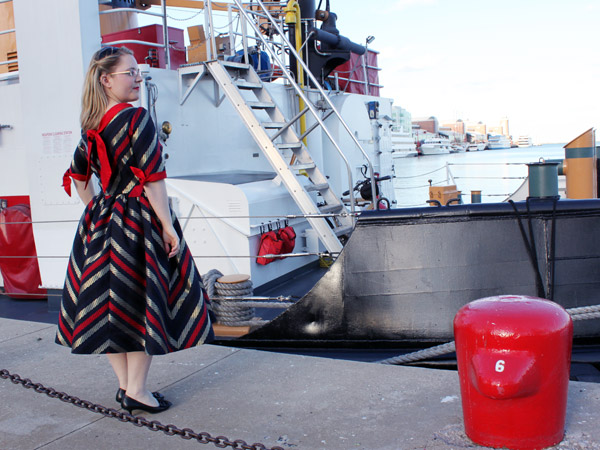 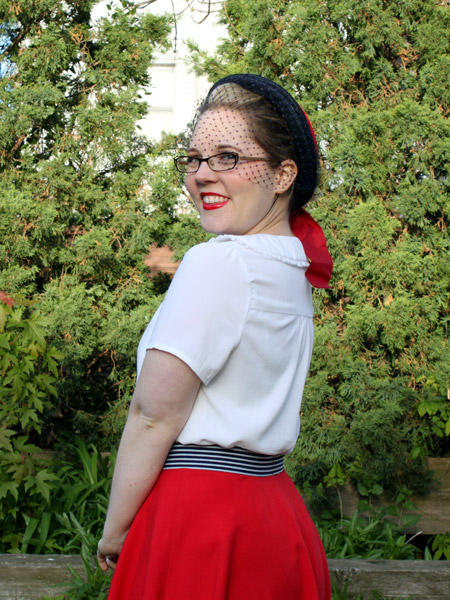