You may have noticed, but I’ve taken an unofficial break from Sew Weekly this month.  (Since saying so on my blog, I guess it’s official now.)  I wanted to take a mini-break so I can enjoy the beginning on summer and also sew what I want and on my own timeframe for a while.  *So far it’s been really refreshing!*

Anyhow… since I haven’t had to sew to a particular theme, I’ve been completely overwhelmed as to what I should sew.  I have too many thoughts reeling in my head and want to make everything instantly.  As a result I freeze up and get nothing done.

One of the 15 patterns I had spread across my dining room table was a sweet little 50’s blouse pattern.  I love everything about this blouse and it’s super perfect since it has a little peplum which I’ve been longing for (more than in the past).  Knowing I have a major blouse shortage (made more apparent by MMM), I just decided to NOT think, pick it up, and start going.

I know there’s so much to do, which is why I just let my gut decide for me.  I’ve had this pattern milling about in my ‘To Do’ pile for a while and just went with it. 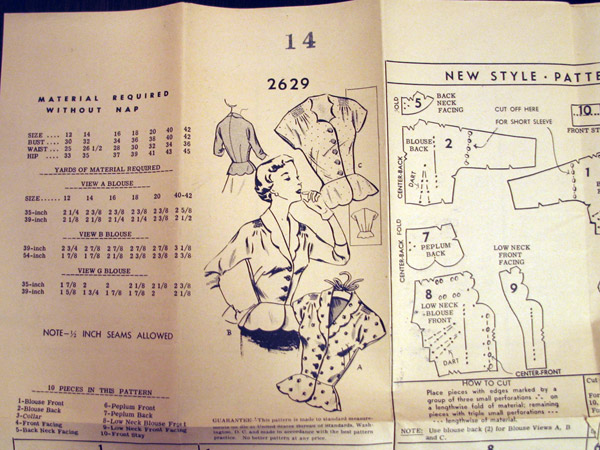 It’s a mail order pattern from the 50’s with no name brand attached, just the pattern number of 2629.  I’m guessing it’s either from the late 40’s or the early 50’s since the pattern pieces are unprinted.  As I look at historic fashion more and more, I have found my favorite era of clothes are from just after the new look.  They still have a subtly 40’s styling, but also incorporate nipped waists (and fuller hips) which I think is flattering on my pear shape.

Truthfully, I didn’t even decide to make this, well not this time around anyhow.  I’ve been meaning to make more blouses and this pattern always gets plucked from the shelf as one I want to make.  To get myself out of my rut, I just starting doing it without even officially deciding.  Sounds crazy right?!  (It’s the same way of thinking that gets me in the gym to do cardio.  heh  Just do… don’t think!)

I made the muslin last weekend and it was horrible!  The pattern piece was marked as a size 14 (aka 32″ bust) but it had to be marked incorrectly.  When I made it up the bust was at least for a 38″-40″ busted gal.  I don’t have any pictures, but I took a crazy angled tuck out of the whole front bodice, from the inner waist to the outside shoulder.  I took in the center back seam by at least 2″ and the second muslin looked pretty good.  I only did some minor tweaks with the shoulder gathers and got to cutting out my fabric.

Seeing as how I’m on my own timeline, I wanted to make the insides extra pretty with some vintage yellow bias tape I found in my stash.  I worked last night on the finishing and doesn’t it look bright and cheery?! 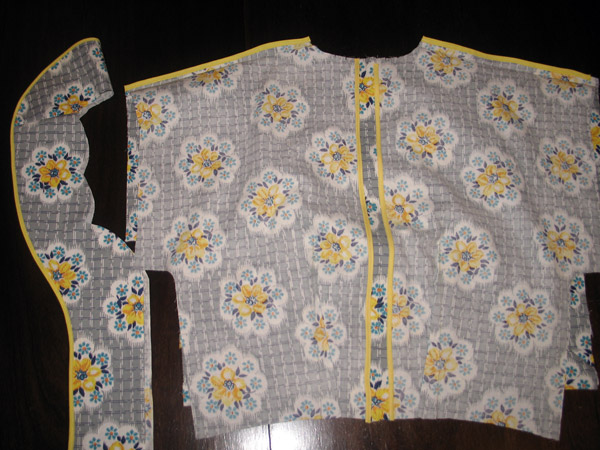 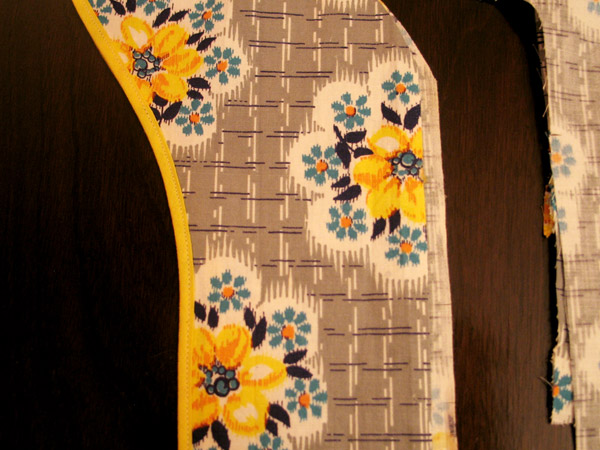 What’s funny is that I have no yellow thread.  I’ve never made anything in yellow before and have no thread that remotely matches in my stash.  Instead I used some white thread which is hardly visible.

All I have to do to finish this blouse up is…

Not too bad right?  heh  Given how super slow I’ve been sewing I probably won’t finish this up until Saturday.

I’ve left this blouse more blousey in an effort to make a breezy summer top but it still should have a nipped in waist so it’s flattering.  I already have a perfect vintage taupe & pink polka dot fabric to make a second one right away but in Version A with the separate collar.  (I would have used that fabric first but I have no bottoms to wear with it!) 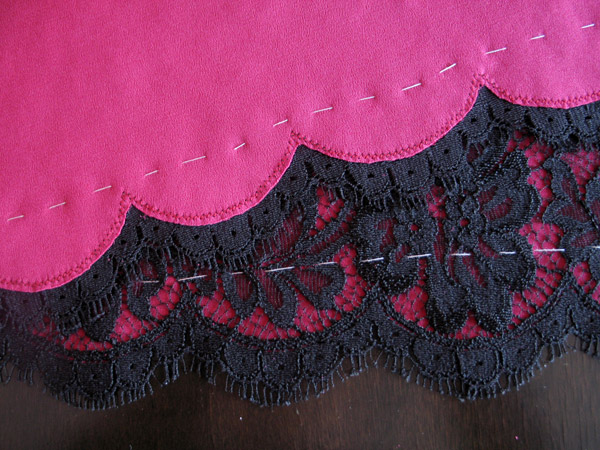 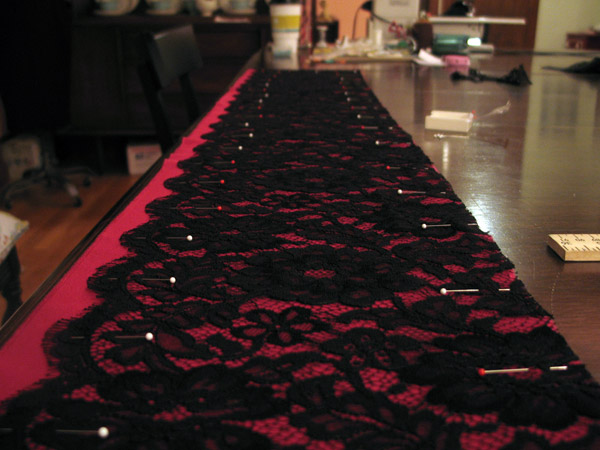 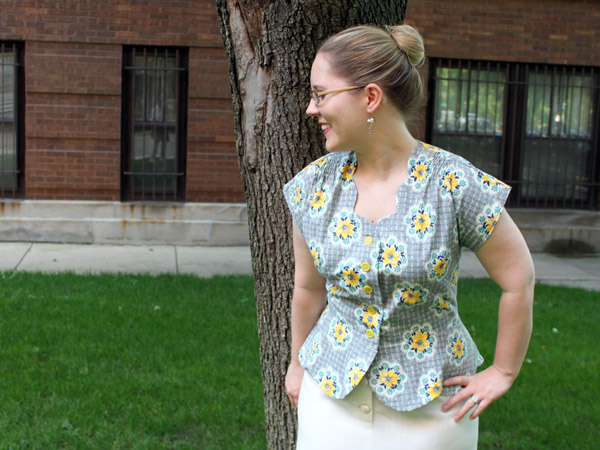