In light of last week’s news, I thought it was about high time I share my love of the Renfrew pattern by Sewaholic. 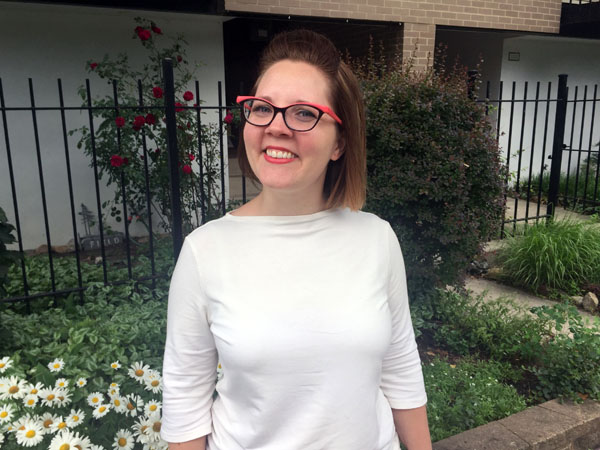 If you haven’t heard, moving forward Tasia will no longer be the woman behind the helm at Sewaholic.  She’s turning things over to the peeps at Spool of Thread.  This came as a big surprise to everyone, with the exception of Ms. Tasia herself of course.  I’m attempting to remain positive about the change – but am holding my breath till the next pattern release.

I realize this happens all the time at large companies and in the tech industry – expected even.  But I feel like this is the sewing community and correct me if I’m wrong, but isn’t this the first change like this in the indy pattern scene??

I feel taken aback – but of course I’m happy for Tasia, as this is obviously what she wanted.  It’s just hard to let go and to accept change sometimes. 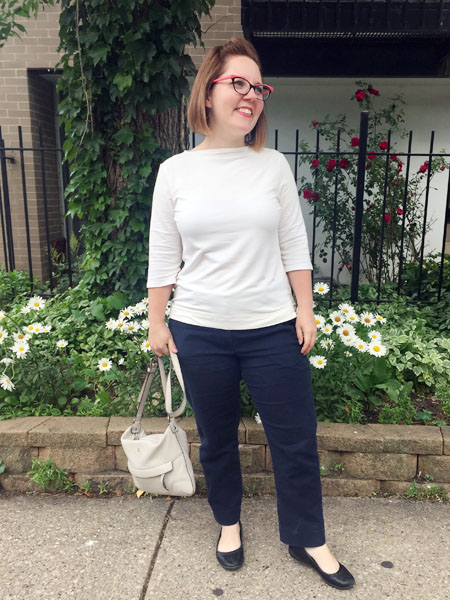 I’ve been sewing up Renfrews tops steadily since I learned how to cut & sew with knits in a Meg-Michelle-Liz sewing day August 2014.  But one of my favorite Renfrew tops doesn’t quite look like a Renfrew. 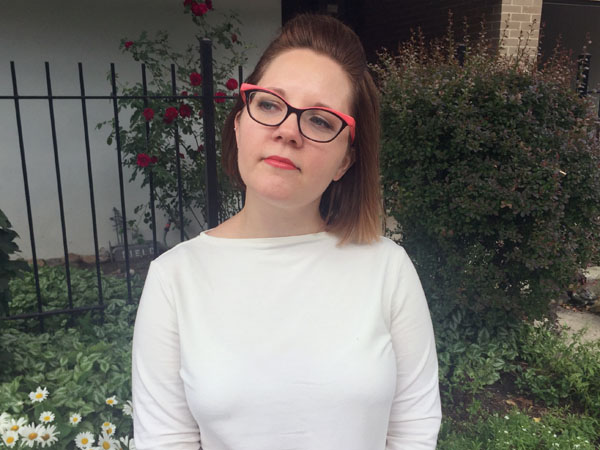 I’ve made two of these particular versions – boat neck, wide hem, along with no binding.  This one is a creamy white French terry knit and my second is a cotton/rayon blend of some sort in a heathered-grey and black polka dot. 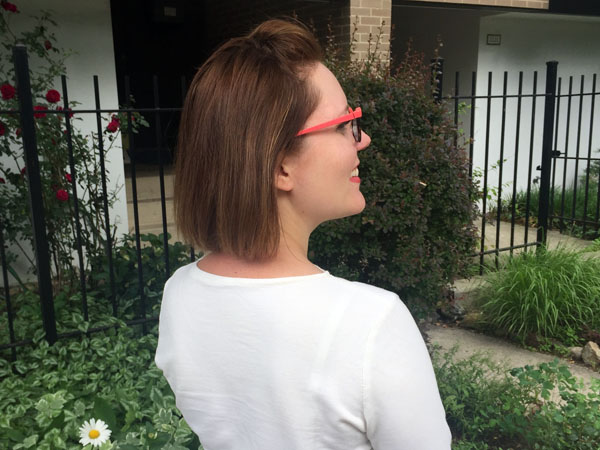 How did I make it??  I quite simply took a boat neck vintage pattern I had in my stash (for wovens) laid it on top of my Renfrew pattern, lined up the shoulders (ignoring the shoulder angle difference) & then just redrew the neckline. 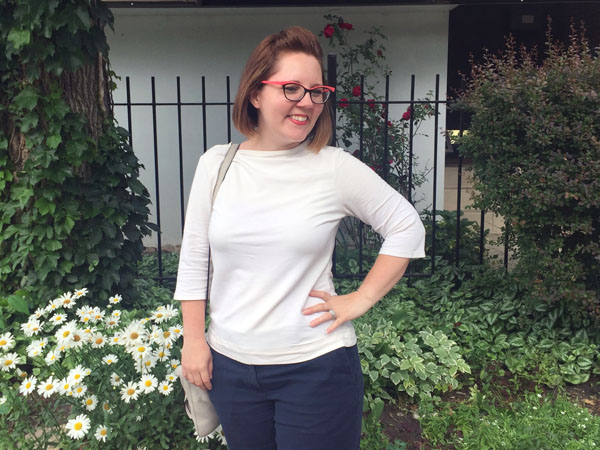 I could wear this particular outfit every day of the week.  This is the closest I’m going to get to an Audrey Hepburn – style outfit: flats, ankle-length trousers, and chic top.  Of course in no way, shape or form do I have the figure of Ms. Hepburn – I am me.  Being said, I feel lovely and put together in my boatneck Renfrew tops.  Tres Chic.  ;) 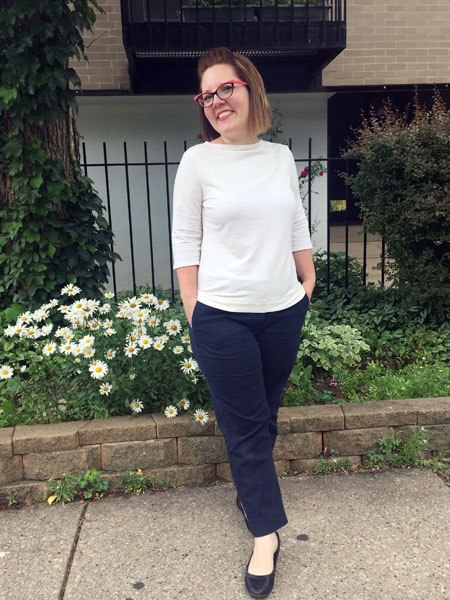 At this point in time, I’ve sewn up at least 10 Renfrew tops.  It’s a staple in my wardrobe as an easy summer Tee with short sleeves, made in rayon/lycra jersey blend; or made for the Chicago winter made up in a wool jersey knit with long sleeves and a cowl neck.  I know there’s more T-shirt patterns out there, but why fix a pattern if it isn’t broken?!  As it is – I’m happy as a clam to continue to make up version after version of my tried & true Renfrew Top.

Thanks so much Tasia for making Sewaholic what it is today.  Cheers & Happy Adventures! 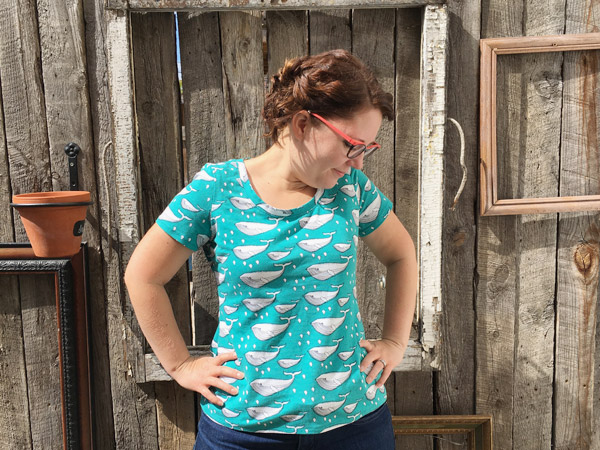 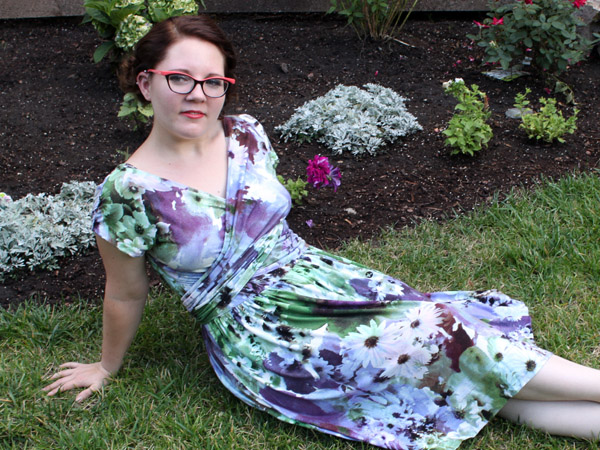 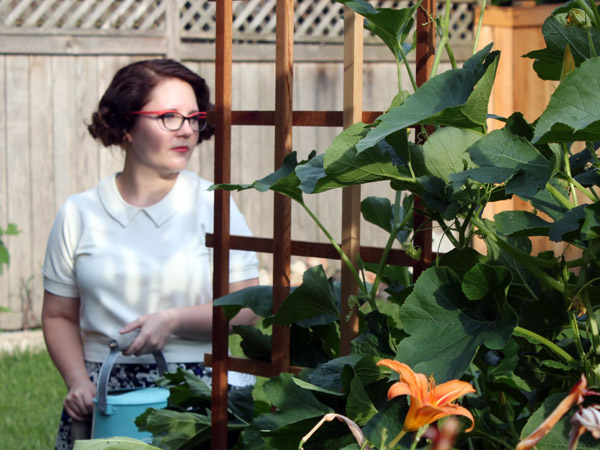