I have a confession peeps: Up until last year, I didn’t even own a basic white blouse.  And in looking at my closet I also notice that I currently don’t have a basic black blouse either.  Eeeep!

I feel as if I’ve been making do with what I have but at times my outfits don’t feel very coordinated as much as I’d like.

Black and white blouses aren’t the most fun things I could be sewing with summer nearing (hopefully).  I’d much rather be sewing some flirty new skirts or pretty new sun dresses, but I’ve just decided that I have to make some blouses instead, and some basic ones at that.

I generally have to:

Now, I don’t want you to think I’m complaining…  I’d much rather do all of these changes so that my tops will look nice, without tons of drag lines than to have an ill fitting top.  I mean we all sew so that we can fit our own clothes to our shape and to have unique pieces in our wardrobe, no?
I figure if I make a bunch of blouses all at the same time, I may get better at making adjustments and such before making a muslin.  And who knows… maybe I can work up to avoiding muslin making in the future.  That’s my ultimate goal!

I just bought this pattern via etsy and fell in love with it instantly.  The short sleeved version is very reminiscent of the 40’s while the 3/4 and long sleeved versions are very 50’s.

I decided that I should make the short-sleeved version since warm weather will be here soon and I could get the most use out of it.
I was searching all through my stash for some fabric without any luck.  I was stuck on having this blouse in white but  hated to go fabric shopping with so many fabrics in my closet that needed to be used.
Then I remembered I had bought some white, swiss-dot cotton last year on a whim and I had it stored in a different closet.  I pulled it out and it was perfect!  Don’t you love when that happens?! 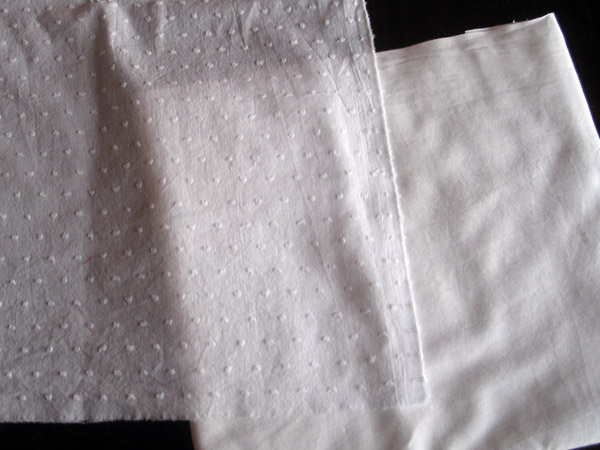 Swiss Dot with Batiste as a underlining on the bodice.
I have yet to pick out some buttons from my stash, but I generally do that at the end anyhow.  I’m thinking using some basic white ones as I want this blouse to be as basic/versatile as possible for the upcoming summer months.
Once I have the final fit worked out I hope to make this blouse in each version, one for each season as they all have a different look to them. 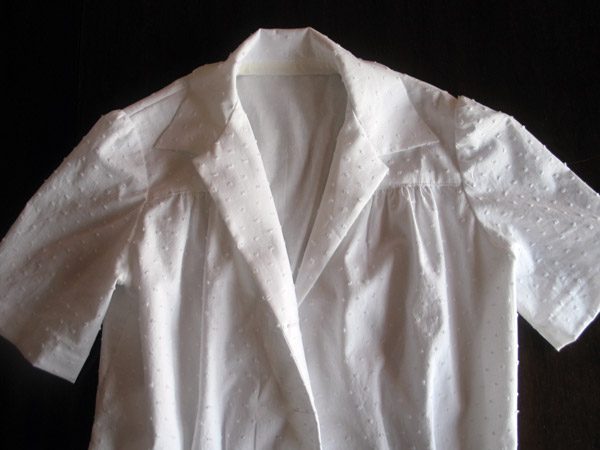 Update:  Since I started writing this blog post, I’ve gotten further along in my blouse and it’s nearly complete.  I just have to sew on the buttons and I’m done!  So I had to take a photo of it to share with you guys.  :)  Cheers. 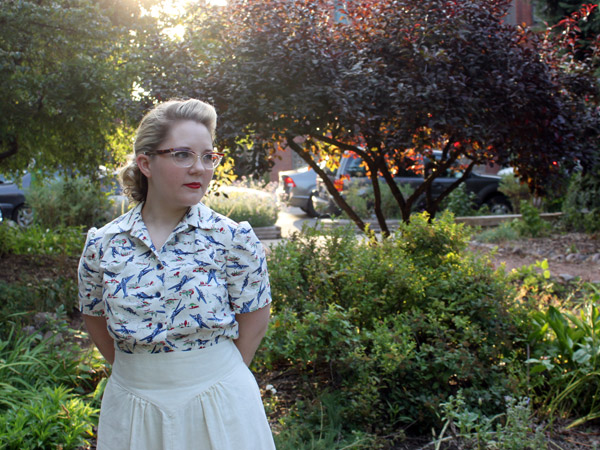 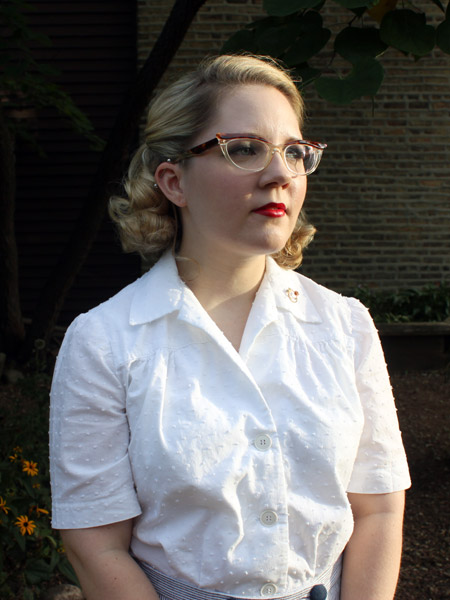