It’s quite rare that I knit for other people.  I’d love to make for those I love, but I’ve had such bad experiences of people not really wearing what I made.  And what’s almost worse is that some never appreciated the time it takes to make a handmade knit or sewn garment that I just stopped altogether.

Last year a coworker of mine had asked me if I could knit his dog a sweater.  Being in the middle of my no-knitting-for-others angst, I chuffed and offered a sewn one instead since that would be much quicker.  He  didn’t bring it up again after that so I thought I’d gotten out of it.

But…. this year he kindly asked again.  I succumbed to the peer pressure of it and had him choose his yarn colors.  In all honesty, he’s not really one to ask for anything which is in part, why I gave in.  That and it was the second year that he asked me about it.

I fully realize I sound a bit snotty about knitting (or not knitting) for others.  But really, I’ve just gotten my feeling hurt way too much in the past; I’d rather attempt to prevent that from happening again is all.

What was most surprising is that he’d gone to the trouble of pre-purchasing a knitting pattern that he wanted me to use.  I have no idea how he got a hold of the pattern, but it’s the wurstwarmer dog sweater that is up on Ravelry, which is the perfect dachshund knit.

Not wanting to take up any of my precious sewing time in the evening that I was spending on my Macaron Redux dress, I knit this little sweater during my lunch breaks at work.  I don’t even have any progress shots since I was at work the whole time with it, just the finished ones. 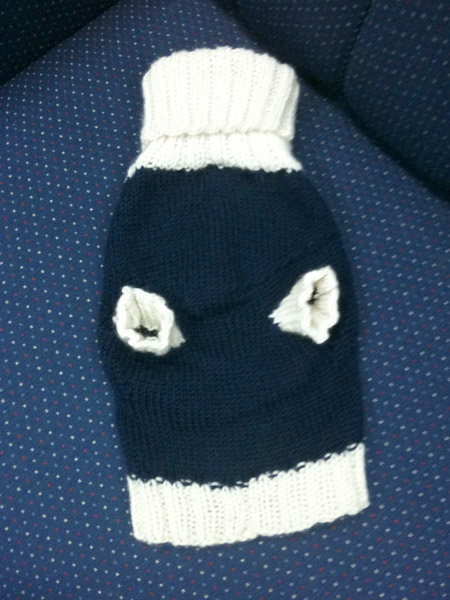 The underside of the sweater.

I bought a 100% superwash wool, but it was a scratchy wool from Joann’s, not at all pleasant to work with.  But I knew it would hold up well on a dog which would need many washings over the course of the winter.

The one super awesome tip I learnt from a knitting buddy (Maria I’m talking about you) is to soak your scratchy knit in hair conditioner.

Wool is, after all, an animal fiber.  We wash & condition our hair, so why not wool too?!  I used my husband’s conditioner and swished it around in the bathroom sink for a few minutes.  I then rinsed it out a few times and laid it out to dry on my tailor’s ham.

Anyone with a dachshund: tailor’s hams are perfect for forming the sweater for their bull-chests.

In the morning I had the softest yarn, you’d never know it was an icky, scratchy one in the first place. 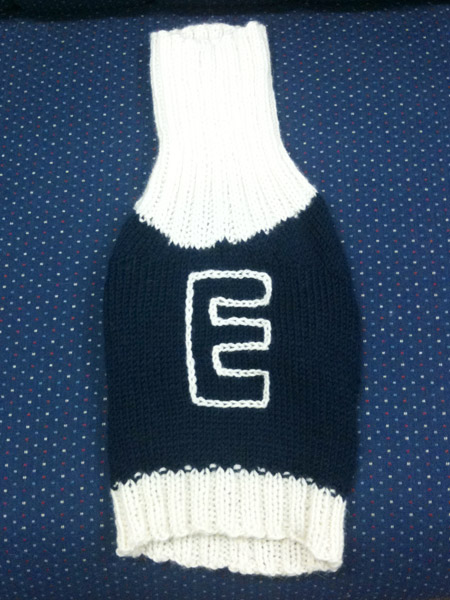 I think the “E” is what turns this sweater from functional into cute!  I used a crochet chain technique I saw on Purlbee.  It’s tricky because you have to hold the yarn on the inside of the sweater and pull the loops through to the top of the sweater.  But once I got the hang of it, it went relatively easily.  (The “E” took me about 45 mins to an hour to complete).

What’s more is that it fits Ernie. 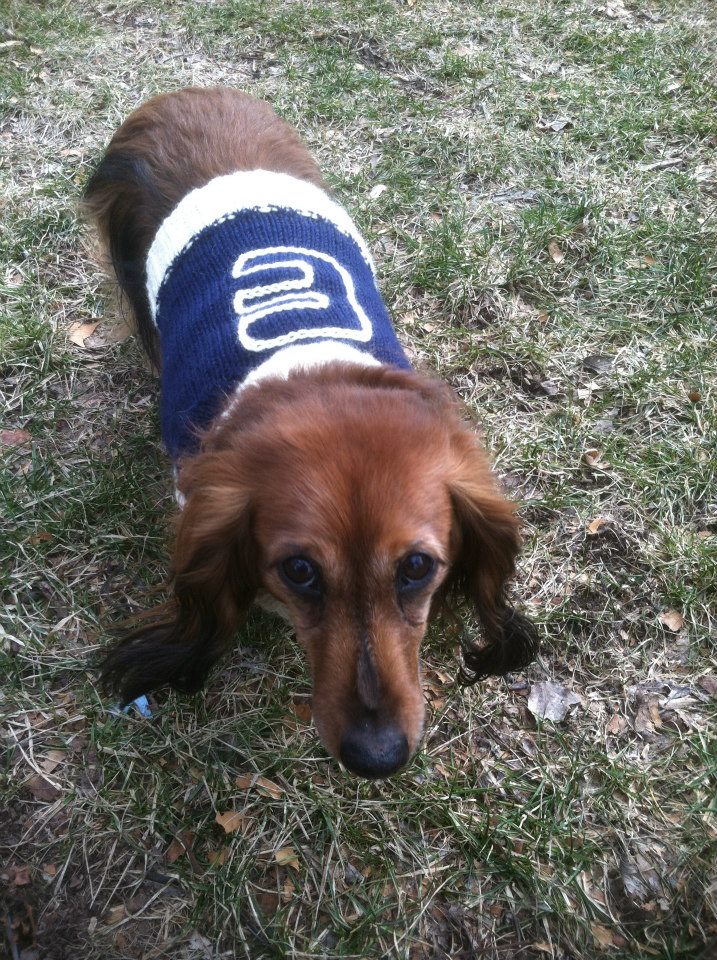 Doesn’t he look like he got in trouble here?!  heh

I went back and forth a few times with adjusting the armholes and chest-girth for the Ernie.  I put thread into the live stitches and sent the sweater home with my coworker, Tracy on several occasions to be sure of the fit.

While it does seem a bit snug in the waist for Mr. Ernie, I’m sure it will loosen up a bit over time. 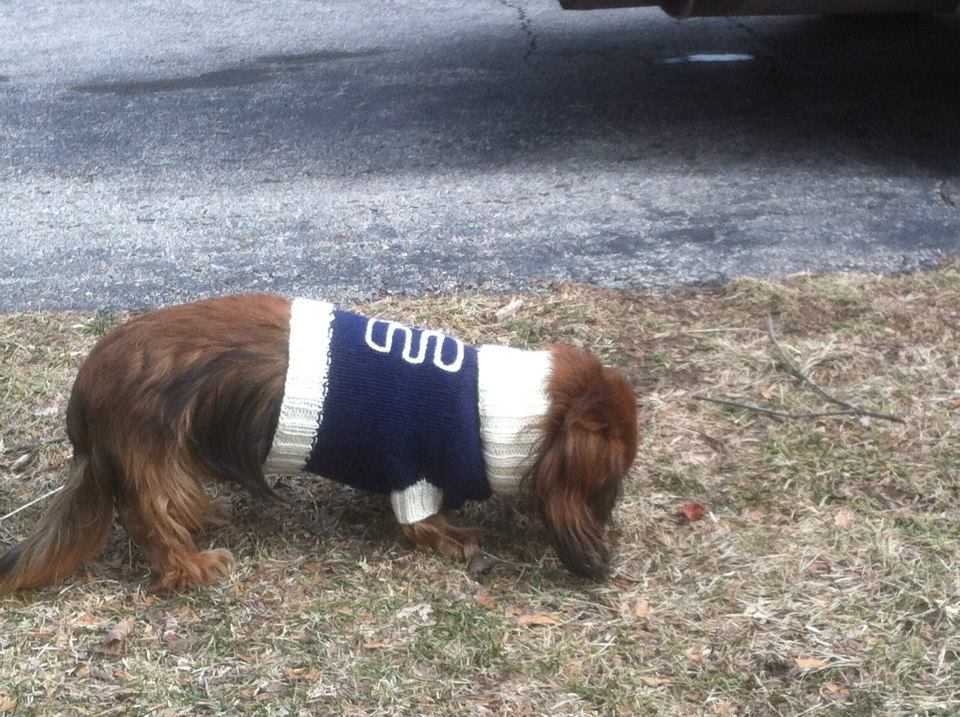 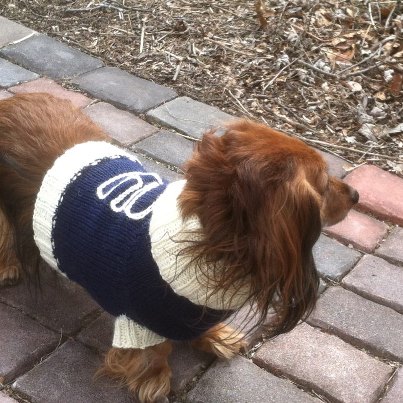 All in all, I think this is one of the cuter projects that I’ve made and I’m happy I took the extra time to personalize it for him.  I think it looks like a little letterman jacket/sweater, don’t you agree?!

How do you guys fare at gift making for others?  Do they usually love it or have you been caught in the negative-aspect of it like I have been in the past?