I wanted to title this post “This was a Mistake” but I didn’t want to give you the impression I was talking about my skirt.  heh  It was soo cold out I should have waited for a slightly warmer day to take these photos. 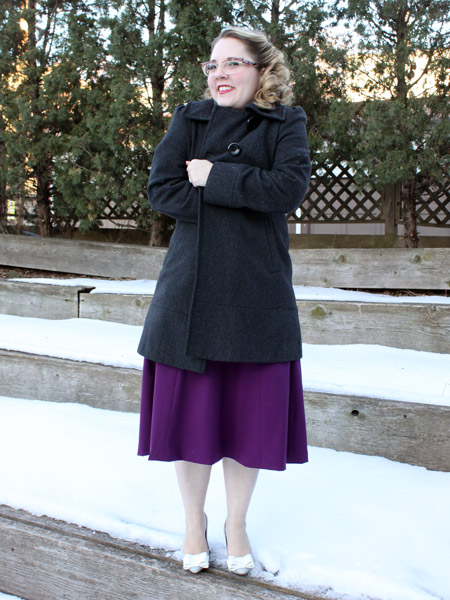 What do you mean you can’t see my skirt?!  heh

Going outside was a mistake, a very cold mistake.  But what’s a girl to do in the winter when she lives in Chicago & has horrible indoor lighting?! 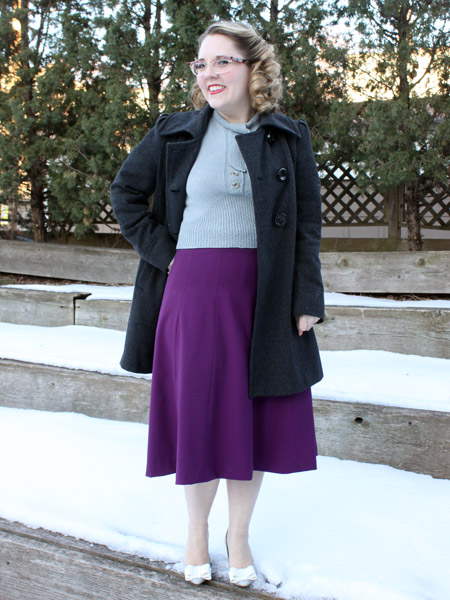 Better?  I tried posing with a coat and that was a bust.

So here you go… 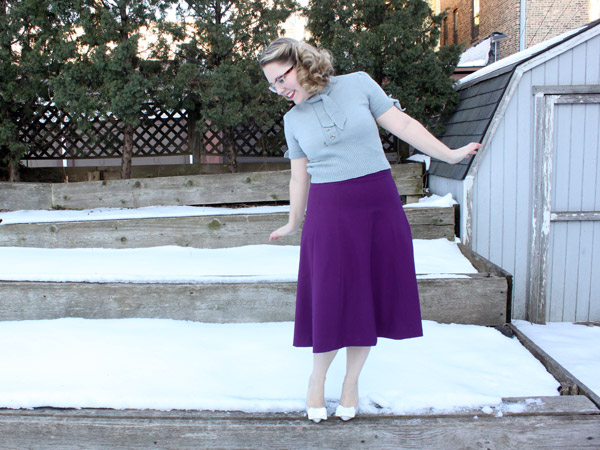 Standing out in the cold for you guys in my little grey and white heels.  heh

I made this purple wool skirt using the 1930’s Dubarry 1884B skirt pattern: 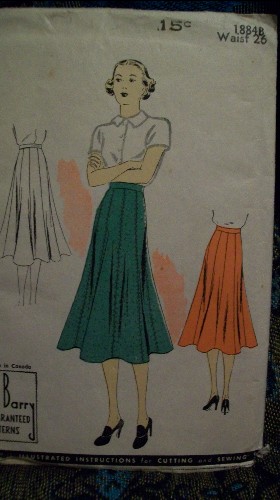 Already I’m sure you can tell that mine looks nothing like the original.

Starting from the beginning, I cut and stitched up this skirt all the way back in 2011.  I tried it on before finishing the waistband & hem and it was really, really unattractive on me.  What I thought would be a lovely flare at the hem from the 10 gores, ended up making me look quite dumpy.  I’m just not tall enough, or slender-hipped enough to pull of this design.

I had stuffed this skirt into my hall closet and it’s been sitting there ever since.  I took it out a few times since 2011, but never decided what I should do with it (give it away or try to make it suit my figure).

After completing my Macaron dress, I was on a roll with finishing up my old WIP’s.  So I felt this skirt needed to be next as it’s been the one project that has been laying around the longest. 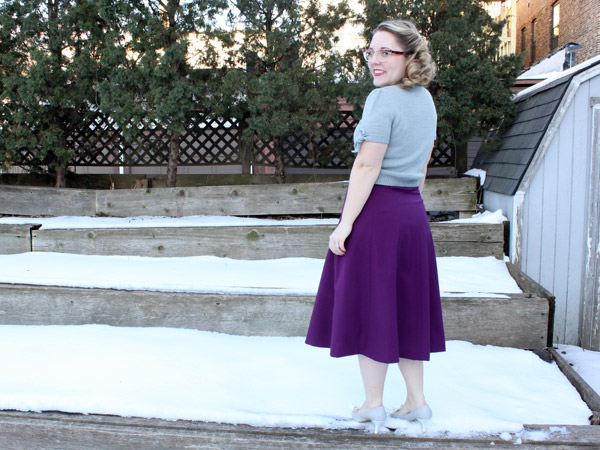 What I did to fix it ended up being pretty simple.  I just stitched the gores a bit deeper, gradually taking more width out of the seam allowances from the hips down to the hem.  I’m not certain how much I ultimately removed, but it was at least 2 inches from every gore’s seam.  Being an 10 gore skirt that is 20 seam allowances, and 2″ removed at each seam allowance puts it at 40″ removed at the hem (at least).  Yikes, that’s quite a lot isn’t it.

So I’ve changed the skirt from a flare to more of an A-line design which works much better for me. 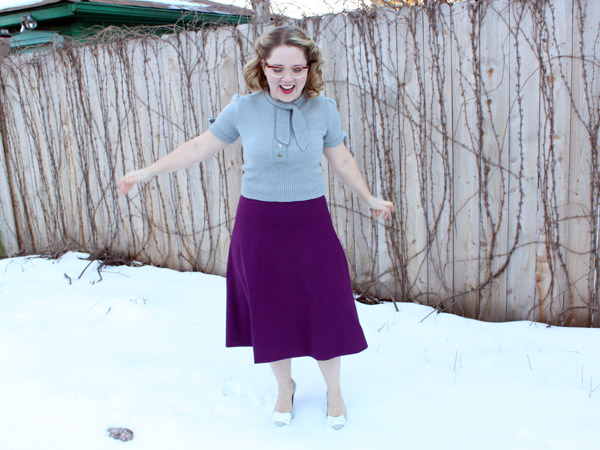 Yes… I am slipping and sinking into the snow with my heels….. but it’s a nice shot of the skirt.

I wore this skirt just yesterday to work.  It totally has that *swish* factor; I felt lovely walking around in it all day.  The purple wool is very lightweight so I also added in some coordinating purple lining, which makes it all the more swishy.

Me, being cold some more. 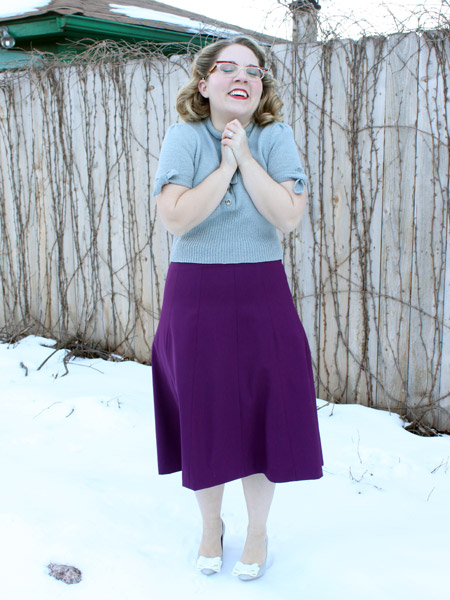 So, if you’ve managed to read through to the end of this, I have a little reward for you.

While this skirt is soo not for me, but it doesn’t mean it’s not made for you!  For any of you who would like to try out this pattern for your very own, leave me a comment saying as much and I’ll do a mini-giveaway.

To win this pattern:

I’ll pick a random comment and will ship it out to you that Monday after.

I don’t want to make this a huge deal or a mega giveaway like in times past.  I just want to give this pattern to someone who will use it and appreciate it more than I do.

Please Note: When I say this skirt should be made by a taller, more slender hipped person than I am… Keep in mind I’m 4’11” and I have 40″ hip/butt circumference.  I’m a stocky Norwegian, what can I say?!  :) 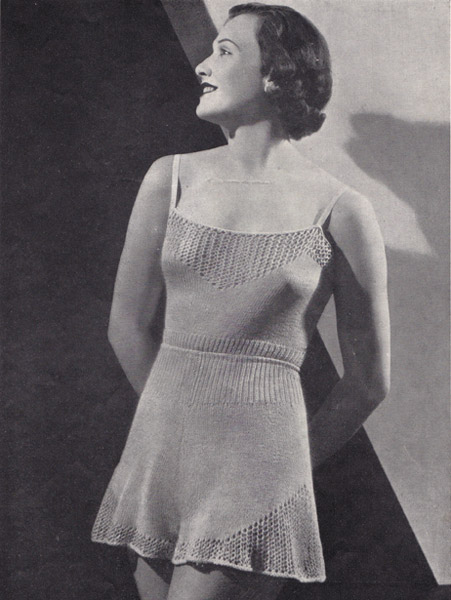 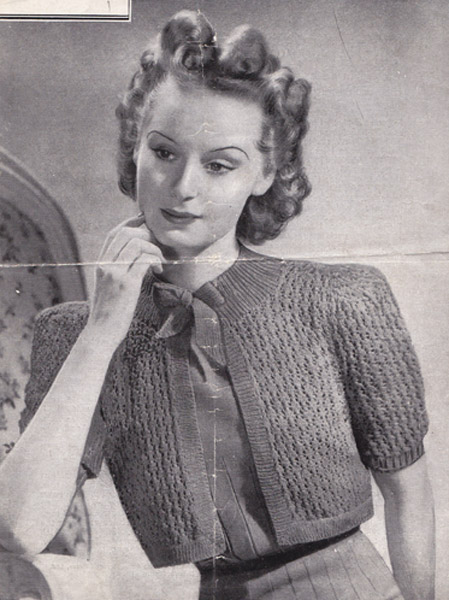 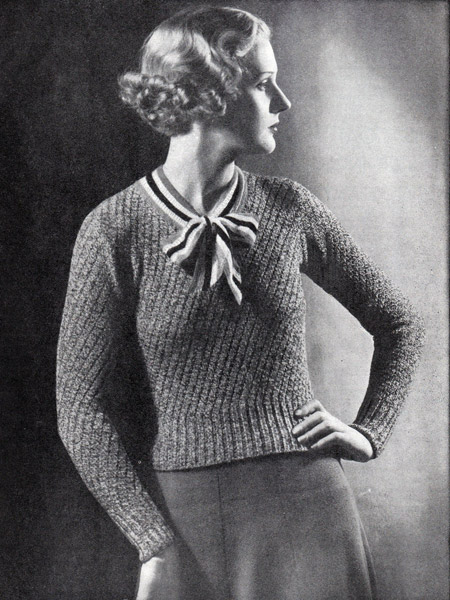