After (sadly) being too busy to participate in Rochelle’s Sew for Victory this past Spring so I had to redeem myself when I discovered that Tasha had launched a Knit for Victory this autumn/winter.  Not to mention – all I seem to be doing these days is knitting and working on the new house.

What am I knitting for the challenge??  Well… it’s Ms. ByGumByGolly’s own pattern: The Victory Beret. 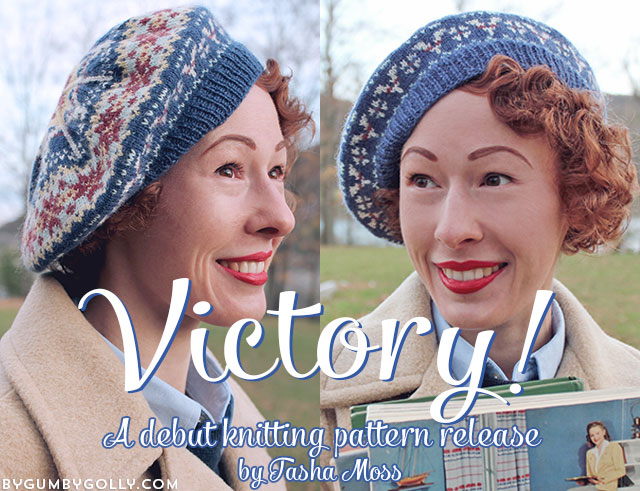 -which is modeled by the lovely Rochelle.

I went and bought the same yarn for the beret that the pattern indicated, but I changed one color (the Nile Green to the French Rose).  I had all intentions of making mine using red as the main color, but once I got the yarn in the mail, blue felt like it was the way to go instead. 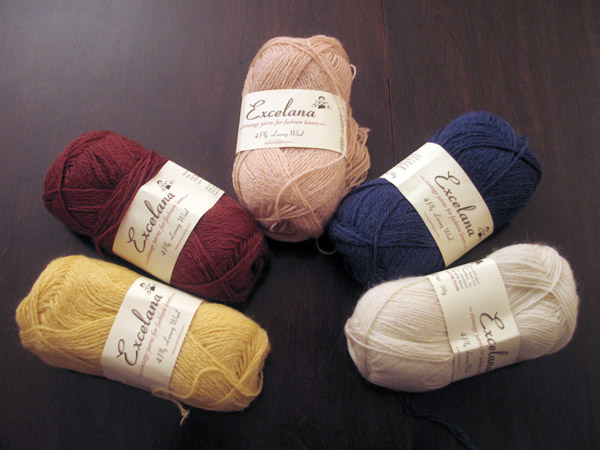 The red yarn by Excelana isn’t a true red (not in my dye lot anyhow) but was more of a rusty, brownish red.  It looked antiqued, and not as bright as I’d hoped.  I was a bit sad about this, but the blue…. oh the blue is so pretty in person.  It’s just a gem of a color – so I hope it makes my eyes pop a bit more blue rather than the light grey-blue (& sometimes green) that they are.

So… here at Zilredloh I’m now, officially, knitting a fair isle project.  I post up lots of fun fair isle patterns, but never have I actually chatted about fair isle here on my blog.

Generally I just dive right into a new technique – full steam ahead.  But for some reason Fair Isle knitting has left me weak in the knees.  Perhaps it’s all of those floats in the back or perhaps it’s the even tension while switching out yarns every few stitches… aaak getting nervous just talking about it.

The silliest part of all of this is that I’ve knit fair isle before!  Heh 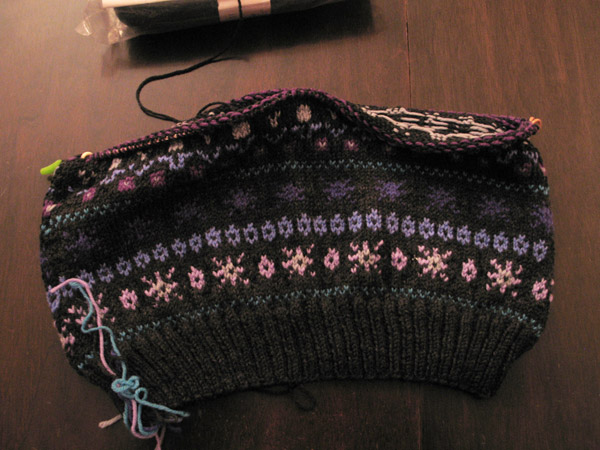 I knit half of this vest 3 years ago.  (It’s been sleeping in my closet for a while…)  But I have NO IDEA how I was able to knit this so evenly and pretty on the first go with no practice.  I didn’t even swatch before I started it!  The horrors!!!

I didn’t do any reading on the subject of fair isle – I just chatted with a coworker/knitting buddy here at my office about it and watched a youtube video on wrapping yarns (which I’ve since forgotten how to do). 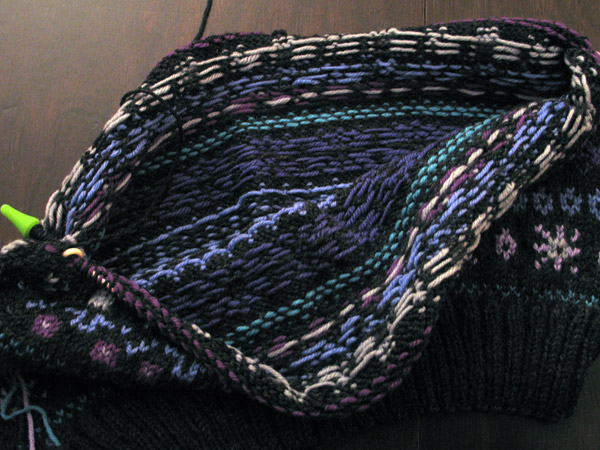 I’m pretty certain I’ve built up stranded knitting into something bigger than it is.  I figured the best remedy is to just dive right back in the deep end with the Victory Beret and hope all goes well.  I mean… really it has to go well since I was able to knit this style once before.  Right???

After the Victory Beret, I’m hoping I have enough confidence built up to tackle the rest of my fair isle vest which I’ve wanted to complete for some time now. 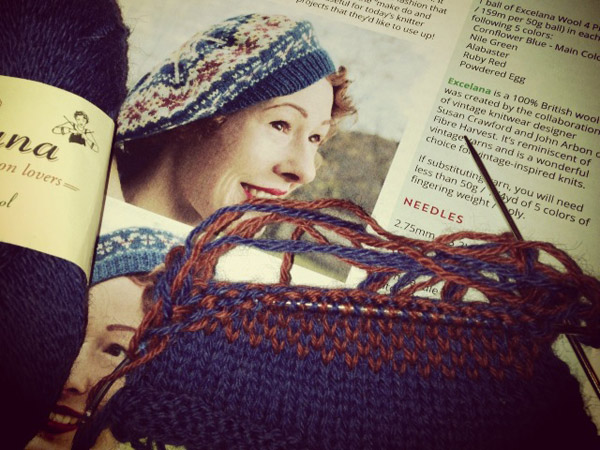 Soo happy I swatched for this pattern!  My tension is generally 8 sts per inch with US size 2.5’s and using the new Excelana yarn – it’s all off.  I swatched in the round and had all sorts of crazy yarns in the back of my work – but I learnt I have to size down to 1’s to get gauge when I work fair isle & in the round with Excelana.

I officially cast on for the beret this morning and have started the ribbing section. 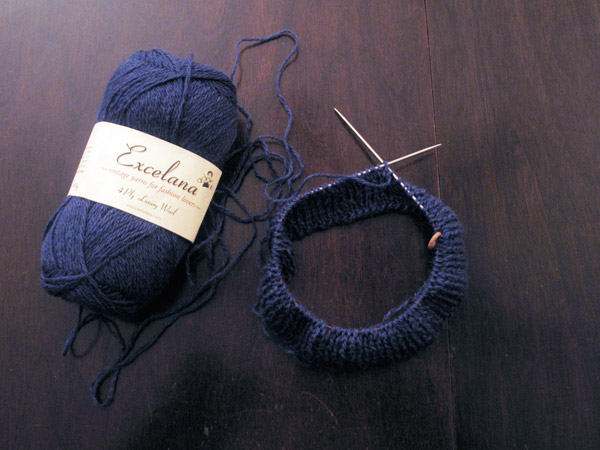 I totally encourage any of you knitting newbies who are too afraid to knit in fair isle to come join me in the deep end.  It’s the perfect starter project and we can knit it together – right along with Tasha who’s going to hold our hands.

(The deadline is Dec. 31st, so there’s still plenty of time to join in!) 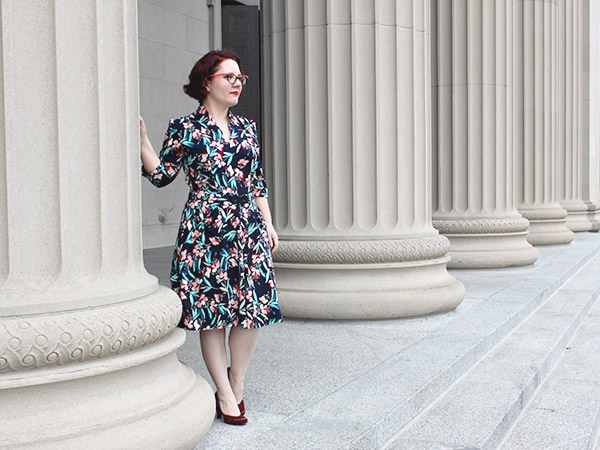 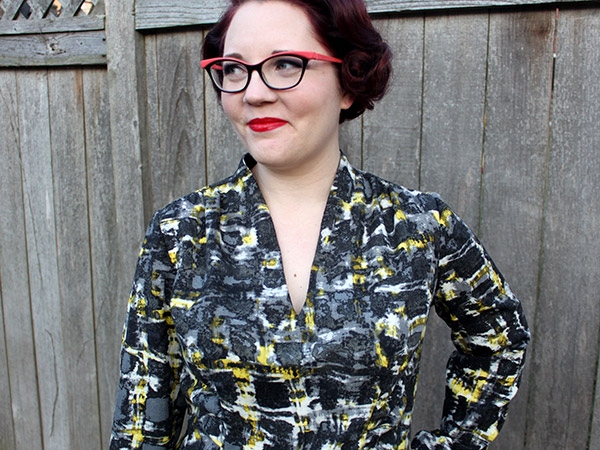 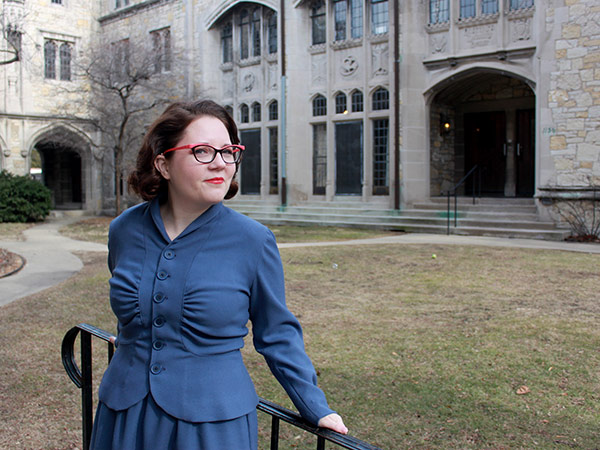